As well as the competitive matches against other Sixth Forms this year, the JM6 students have got behind lunchtime sports leagues in football, (La Liga) and netball, ( Super 7s).

The competitions involve Y11, 12 and 13 students with over 110 students getting involved in total.
After five rounds of fierce competition, the La Liga winners were ‘Villarreal’ and the Super Sevens winners were ‘Loughborough Lightening’.
Top scorers ‘Golden Boot’ awards go to Archie and Kielan.

On the back of the popularity of these leagues, the intention is to run them again next year. 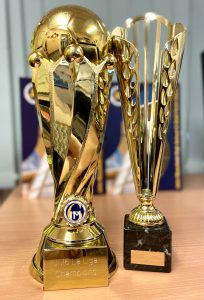