Year 9 and 10 pupils received a visit today from the Anti-violence Bee during its national tour.

The Anti-violence Bee was created by the British Ironwork Centre in Oswestry, Shropshire, the same company that made the Knife Angel, which attracted thousands of visitors to its tour of cities across the country. It’s hoped the Bee will replicate the Knife Angel’s impact but also reach more communities in the region – it has been specially designed on a trailer to allow it to be easily transported to schools and public spaces.

Two years in the making, the Anti-violence Bee was originally commissioned by Greater Manchester Police and it is made up of thousands of weapons taken from the streets of the city. The worker bee is an important symbol to the people of Manchester and was chosen to show the strength of community.

Working in partnership with local councils West Mercia Police is delighted to secure the Bee at the start of a national tour, and also to coincide with Operation Sceptre, an national operation designed to educate young people about the dangers and consequences of carrying a knife, target those who carry weapons and disrupt the sale and supply of knives.

The variety and sheer volume of weapons in the Bee is a stark reminder that we need to continue to work to supress violence. 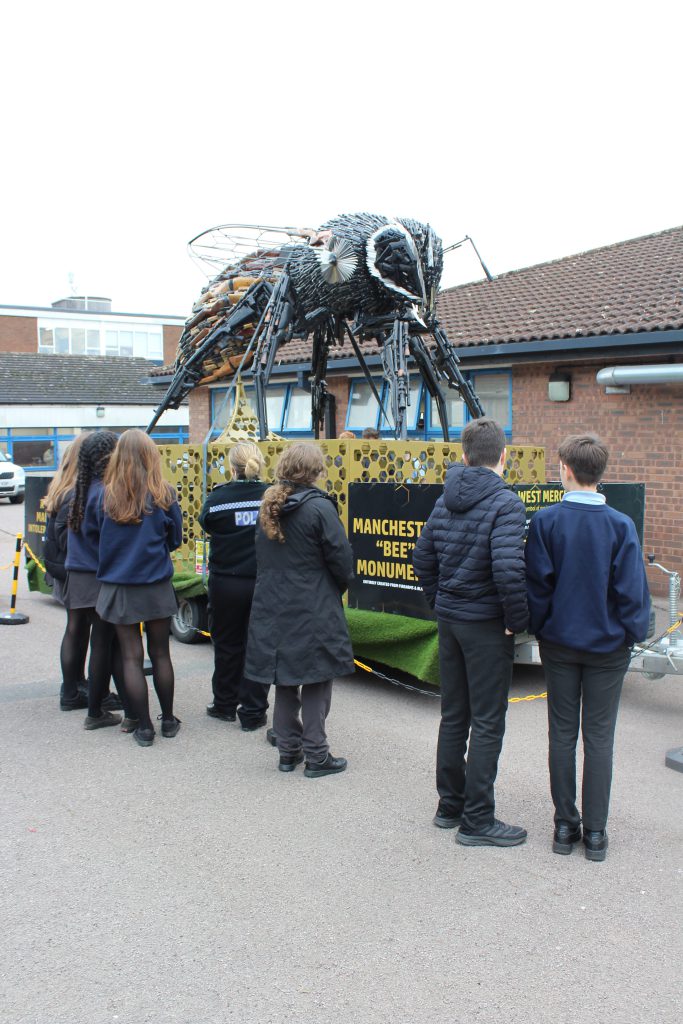